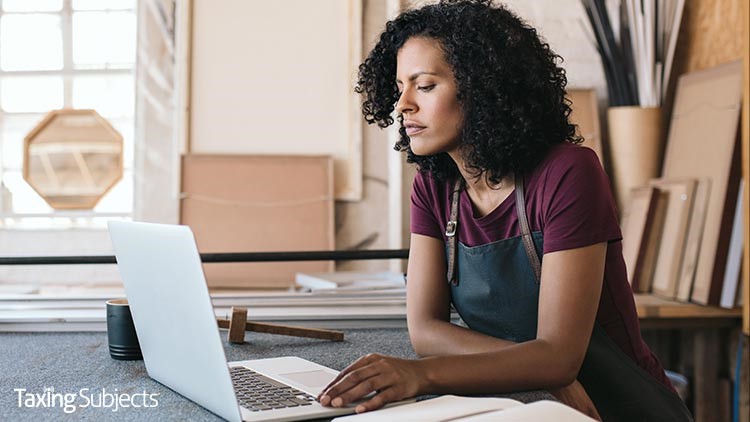 It may seem that we just got through with the 2021 income tax season, but there’s already another tax deadline waiting in the wings. The Internal Revenue Service is reminding taxpayers who pay estimated taxes about their second-quarter installment deadline: June 15.

People generally pay estimated taxes when they have income that isn’t normally subject to withholding. The taxpayer may have income from self-employment, interest, dividends, rent, gains from a sale of assets, prizes, or awards.

Some taxpayers also may have to pay estimated tax if the amount of income withheld from their regular income—whether it’s salary, pension, or some other source—just isn’t enough to avoid a tax bill of $1,000 or more when they file. That $1,000 threshold is the same for individuals and business taxpayers, such as sole proprietors, partners, and S corporation shareholders.

Corporations, on the other hand, usually make estimated tax payments “if they expect to owe $500 or more in tax when they file.” The IRS recommends that corporate filers consult Form 1120-W, Estimated Tax for Corporations, for more information.

There are special rules governing estimated tax payments for some specific groups of taxpayers, including farmers, fishermen, higher income taxpayers, casualty or disaster victims, taxpayers who are recently disabled, recent retirees, and individuals whose income is received unevenly during the year.

More information for individuals can be found in Publication 505, Tax Withholding and Estimated Tax. This publication can be especially helpful to those who have dividend or capital gain income, owe alternative minimum tax or self-employment tax, or have some other special situation.

The Internal Revenue Service views income taxes as a pay-as-you-go proposition. That means taxpayers should pay most of their taxes owed during the year as the income is received.

There are two ways to reach that goal:

When taxpayers don’t withhold enough from income to cover their tax bill, they can face an underpayment penalty from the IRS. The way to avoid this is to either owe less than $1,000 at tax time, or to pay most of the tax bill during the year.

In most cases, taxpayers make their estimated tax payments in four equal amounts, paid quarterly. However, if a taxpayer receives their income unevenly during the course of the year, they may be able to vary the amounts of their quarterly payments to lower their underpayment penalty or even avoid it altogether.

Form 2210, Underpayment of Estimated Tax by Individuals, Estates and Trusts, can show taxpayers if they owe a penalty for underpaying their estimated tax.

Taxpayers who get salaries and wages can avoid having to pay estimated tax simply by asking their employer to withhold more taxes from their paychecks. This is done by submitting a new Form W-4 to the employer.

The IRS Tax Withholding Estimator can help taxpayers who receive a paycheck make sure they have the right amount of tax held out every pay period. This tool offers taxpayers a step-by-step method of checking their withholding levels so they can avoid an unexpected tax bill or penalty at tax time.

Taxpayers looking to pay estimated taxes have some options. For speed and ease of use, the IRS recommends its Direct Pay service from the taxpayer’s checking or savings account. Another choice is to pay using a credit or debit card. Both options are available online at IRS.gov and through the IRS2go app.

Note, however, that the payment processor—not the IRS—charges a fee for debit and credit card payments.

A third option is to use the Electronic Federal Tax Payment System (EFTPS) to make an estimated tax payment.

Corporations have to use electronic funds transfer to make all federal tax deposits, including installment payments of estimated tax. Generally, this is done through the EFTPS, but if the corporation wants a different option, it can arrange for its tax professional, financial institution, payroll service or other trusted third party to make electronic deposits on its behalf.

Visit IRS.gov/payments for more information on all payment options.